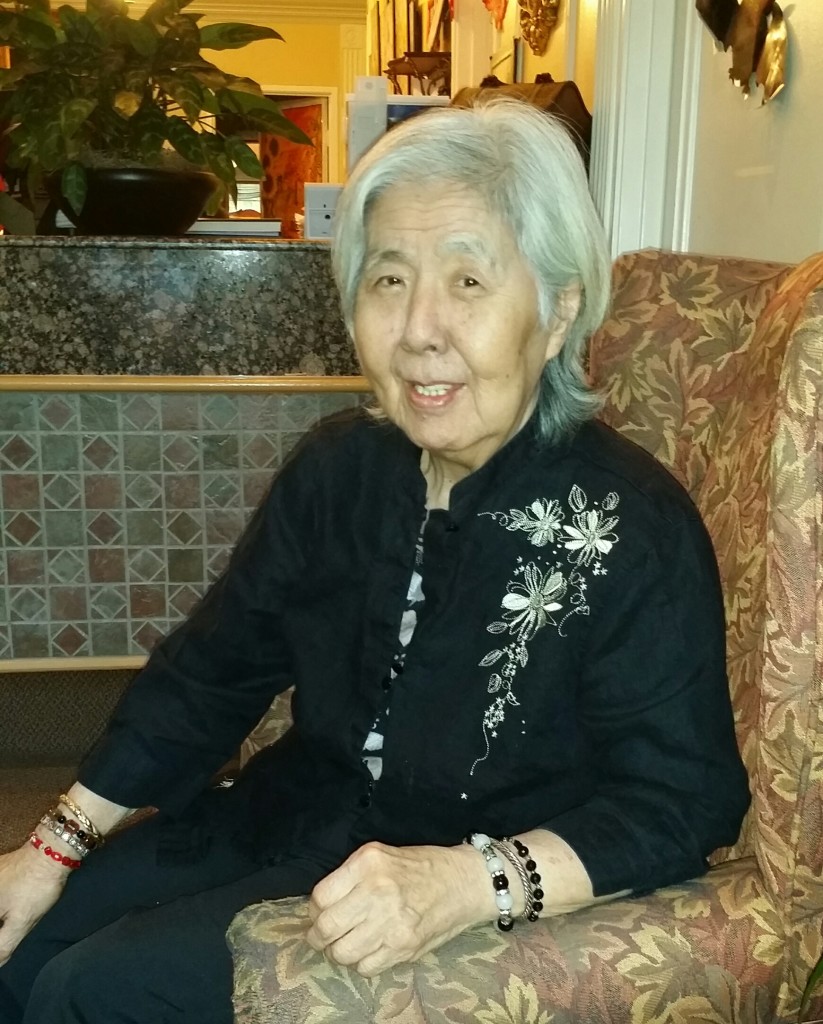 Chiyo Sasaki is a well-known artist who painted professionally for over 50 years. Her paintings are in many Japanese sumi-e and silk collections.

“Sumi-e is the Japanese word for Black Ink Painting. East Asian Painting and writing developed together in ancient China using the same materials —brush and ink on paper. Emphasis is placed on the beauty of each individual stroke of the brush” (source: Sumi-e Society of America, Inc.)

Now retired, her work is characterized by restrained purity and innovative simplicity. She worked with India ink and a variety of brush strokes, but she also painted in watercolor, producing traditional Japanese paintings on silk. Subject matter includes birds, flowers, children and Japanese landscapes. Chiyo Sasaki was well known for her unique ability to produce elegant, exquisite works painting with both hands simultaneously.

Chiyo Sasaki is a native of Tokyo, Japan. Formal training began at age six when she was enrolled in Nodomo No Atori, an art school known for its early-age development of artistic talents. She later studied with well-known instructors Takeo Nagai and Tetsuo Hishida. When she was 11 years old she won Best of Show in a national Japanese art competition sponsored by the Japanese Ministry of Education.

Chiyo came to the United States in 1957. Since that time, she became a well established figure in the art community. Her work is displayed throughout the United States, Australia, Nassau and Guatemala. Nearly all of the original framed paintings of Chiyo’s work, and many of her framed prints, were handcrafted by David Makoto Sasaki, Chiyo’s husband of 56 years.  David cut the frames and mats himself, and constructed the complete frames. Together, Chiyo and David attended art shows throughout the United States for nearly 45 years.

In 2010, Chiyo became ill with Alzheimer’s, which she is now in the late stages of. In an effort to support Chiyo’s ongoing care, her three children built this website to continue Chiyo’s legacy, display her masterful pieces, and raise funds to support her. A portion of contributions to Chiyo’s GoFundMe account are dedicated to the Alzheimer’s Association, Southern California.